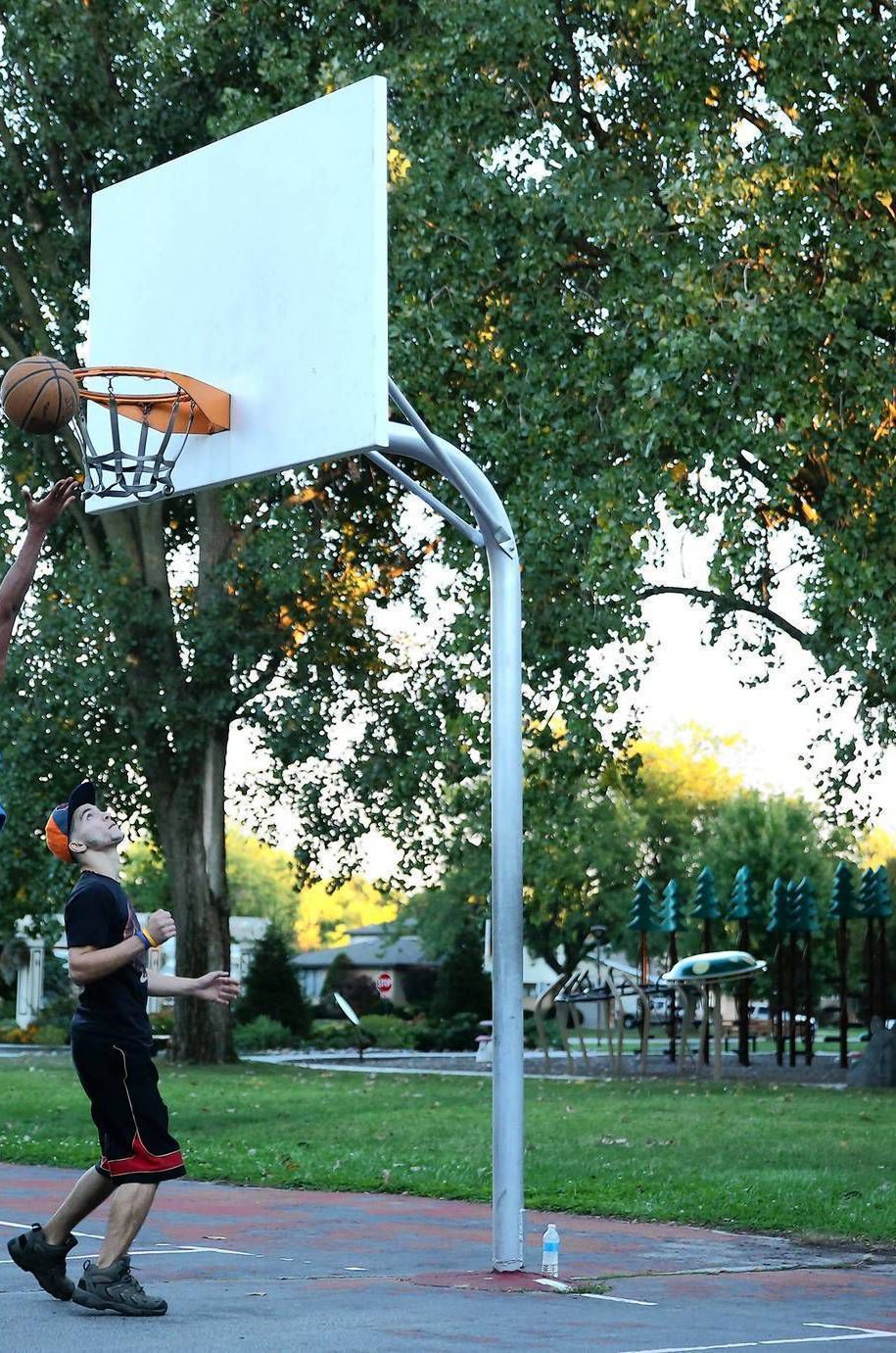 Age-appropriate rim height, ball, court, and team sizes—recommendations made by the American Sport Education Program (ASEP), which I have long supported—are the cornerstones to a successful young basketball programme.

Teaching youngsters good shooting form is the main factor taken into account while determining the height of the rim. Can a youngster actually get the ball up to the rim with something like appropriate shooting mechanics? is a crucial question to consider depending on age.

Sadly, smaller kids who might be able to shoot with better form frequently lack the power to bring the ball up to a hoop that is too high for them. Because there is no other way for them to possible reach a rim that is too high, they are forced to practically heave the ball in an effort to make a basket.

Unfortunately, young basketball programs in our nation and others don’t do a very good job of matching rim height to the kids’ strength and stature. For instance, I just see way too many programs with 10-foot baskets at the third and fourth grade levels.

I keep reminding the people in charge of these programmes that while they might try to teach youngsters how to shoot at baskets that are too high up, their shooting mechanics will really be “heaving mechanics” rather than genuine shooting mechanics.

Therefore, I highly suggest that a young basketball programme adhere to my recommendations if it truly wants to try to adapt the game to the children’s physical talents (or physical inabilities, as the case may be).

The size number is usually written on the back of basketballs in various sizes and weights:

There are many youth basketballs available on the market, and they can be purchased at sporting goods stores and online.

A general rule is that the smaller the kid, the smaller the basketball; for kindergarteners, first graders, and second graders, who may weigh as little as 50 pounds and stand approximately 3 feet 3 inches tall, even Fisher-Price balls bouncing well are not a bad choice since they are easier to shoot and pass with.

I The soccer fields in the United States have always been sized to fit the players, so that large fields can accommodate players 110 yards long and 70 yards wide down to smaller fields 30 by 15 yards for younger players.

Basketball courts are harder to shape in gymnasiums because there is less flexibility. It is hard to shrink the size of a court that has been marked and outlined.

Because of this, my recommendation is to mark out two smaller courts side by side, depending on the gym size (a standard American high school or middle school gym, for example, contains an 84 by 50 foot main court), which can range from 50 to 80 feet long by 30 to 50 feet wide.

I Encourage youth basketball programs and administrators to keep the younger kids on smaller courts, since 5-on-5, and even 3-on-3, are unnecessary on the full-sized court used by high schoolers.

Playing on a 60 by 40 court is fine for a 5-on-5 middle school game; it’s a little crowded, but it’s a good way for players to learn, as there’s less time to wander around empty space and more time to touch the ball.

I It is common to see young kids playing on 84 by 50 foot courts (and occasionally you’ll see a 94 by 50 foot college or professional size court).

By asking kids to play basketball on a court that is too large, adults are simply taking adult dimensions and forcing them down the throats of young children, negatively impacting their learning opportunities.

Youth soccer is a good example of how to adjust a sport for younger players: in addition to using smaller fields, most youth soccer programs play small-sided games with fewer players to increase the number of times players touch the ball, increasing skill development and making the game more enjoyable.

Being unable to play the ball much does not help kids learn basic skills, nor is it fun for them.

Unfortunately, the majority of the young basketball leagues in this nation still play 5-on-5. The “actual game” has to be played at earlier ages, according to coaches.

However, 3-on-3 play on smaller courts allows for many more touches on the ball with far less confusion and greater learning for children of primary school age.

When younger children play 5-on-5, it’s generally a nightmare of kids fumbling around, grouping together, not making many solid passes, and committing far too many turnovers for them to grasp even the most fundamental offensive techniques.

In 3-on-3, youngsters may still build up triangles to learn about the width and depth of the game, and there are typically roughly twice as many touches per participant. (I’ll have plenty)

As a result, the younger the child, the more:

Sometimes it takes imagination to make the court smaller and the rims lower. The rims have really been lowered to 4 and 5 feet at the local YMCA where I’ve belonged for years by fastening a small framework to the wall to which a detachable rim can be connected.

That’s a fantastic concept, especially when occasionally 3-, 4-, and 5-year-olds are shooting. They can fire with those small balls at the ideal height for them at that distance. In reality, it’s not a terrible thing for children aged 5, 6, and 7.

Therefore, you can surely do certain things inside even our very smallest children’s programmes that aid in the children’s learning with a little imagination.

When my suggestions for smaller courts, smaller balls, smaller baskets, and fewer players on the floor are implemented, I am frequently asked how much of an improvement I have seen in the level of pleasure of the kids and the coaches over the course of the year.

My response is that it basically boils down to this: kids playing basketball while dribbling, passing, and shooting are not going to be as irritated if they are shooting at a rim that is, say, two feet too high.

This is due to their enjoyment of advancing the ball to the hoop and occasionally witnessing the ball really pass through the net! I’ve observed youngsters playing, and I can attest that they make more baskets with lower rims.

The youngsters will think, “Wow, this is kind of a fun game as I can really make some shots,” even if we may be talking about 3 out of 10 shots made rather than 1 out of 10.

People of all ages may identify with this. I’ll provide the example of playing golf. If I hit one nice shot out of ten when I play golf (and I play it very poorly), I tell myself, “Hey, this isn’t a bad shot.”

The youngster who makes that one out of ten shots in the meantime says, “Hey, mom, I made some shots today.” Perhaps though he only succeeded in making one, he is happy with it, and if he can succeed in making three out of ten or much more, there will undoubtedly be even more fulfilment and delight.

As with any team sport, I believe that a child’s enjoyment in basketball often stems from her ability to shoot, steal, and dribble the ball while playing with her teammates.

One of the things we enjoy about kids is that they typically have a high view of their own skills, which is fantastic. It’s okay if they succeed on their shot. 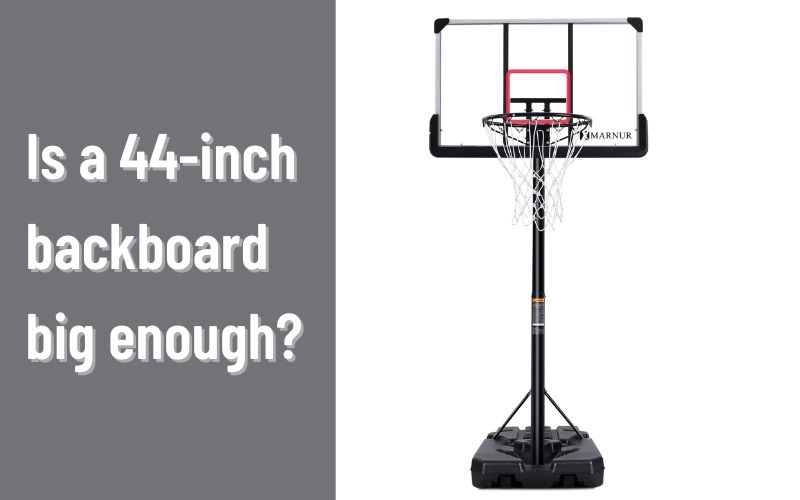