What Is the Baseline in Basketball? 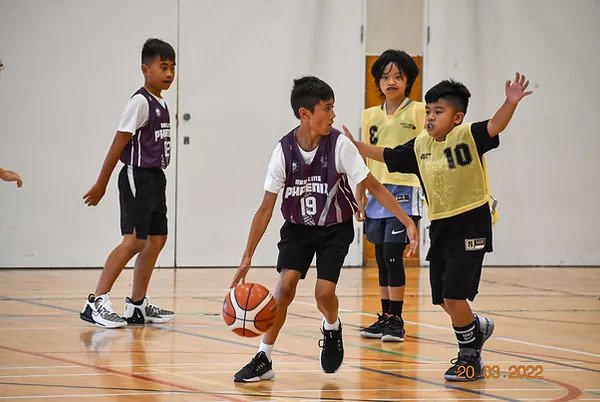 Whether you are a professional basketball player, just starting to practice, or have the smallest interest in it, you agree with me that comprehending how it is played includes knowing the sections of the basketball court.

Truth be told, most individuals are a bit uncertain about what a baseline is. While most sites have this information, relatively few provide simple but relevant content concerning the baseline, which has crucial significance on the basketball floor.

This extensive but simple article will clearly explain what it is, where it is, the regulations surrounding it, and how teams exploit it throughout a game.

What Is the Baseline in Basketball?

In the sport of basketball, the baseline is often referred to as the endline. It is situated behind the backboards at either end of the court and stretches from one sideline to the other. In some contexts, the terms “endline” and “baseline” are used interchangeably. Everything hinges on which side has possession of the ball at the moment.

Its primary function is to act as a demarcation line on the floor. Both the defense and the offense will employ the baseline as a strategic tool at some point throughout the game. It is typically referred to as the line directly beneath the basket that you are aiming for.

It is deemed to be outside of the playing area if it is touched by a player who is in possession of a ball, either with any part of their body or the ball itself. In most cases, the other side receives possession of the ball again.

Where Is the Baseline in Basketball?

The distance of precisely 1.219 metres (four feet) separates the baseline from the basket. On practically all courts, the breadth is around 15.24 metres (50 feet) in length. Having said that, this may be an exception every once in a great while.

It may be seen running from one sideline to the other.

How Many Baselines are There in Basketball?

On a basketball court, there are often two baselines, one on each side of the floor. These baselines are called the sidelines. They provide the function of an out-of-bounds line over the whole of the court while the game is in progress. Because of this, people sometimes refer to it as the border line.

Other boundaries include of the lane lines, which extend from the baseline to the line denoting the free throw area.

What Does it Mean to Run the Baseline?

In basketball, when an inbound pass is made, the referee will deliver the ball to one of the players. It is required that the player be standing outside of the playing area.

Following this, the player gets a total of five seconds to attempt to inbound the ball. If they are unable to complete an inbound pass, they will request a timeout; otherwise, the ball will be turned over.

In order for the player to inbound the ball, they are permitted to run along the baseline. They are not required to maintain the same position throughout.

• Force middle – This entails driving the ball towards the baseline and then focusing your efforts on preventing the drive from being completed. This action is taken in order to stop the ball from getting into the short corner. This is done in order to prevent a defensive player who is stationed on the wing (which is the side of the court that is closest to the extended free throw line) from dribbling the ball towards the centre of the court.

• Baseline cut – When a player does this, they are running through along a baseline. In most cases, the player is attempting to acquire an open shot near the basket while still being protected by the defense. Due to the fact that the defender’s vision is often directed up the court, this off-the-ball baseline move is typically among the most successful of its kind.

• Baseline screen – These are screens that are designed to prevent the defensive player from moving. They are arranged in this manner in order to increase the chances of becoming available to the screener’s teammates. If their defender wants to go back into a defensive posture, they need to avoid the screen in this situation.

What Is the Difference Between Sideline and Baseline?

It is essential to keep in mind that the dimensions of the playing field are established by the baseline, the endline, and the sideline. In point of fact, they constitute the confines of the court.

When a player has possession of the ball, they are not allowed to cross any of the game’s four lines, two baselines, or two sidelines. The referee will make a bonds call, which means that the opposition side will be granted control of the ball if a player does so.

How Do You Protect Your Baseline in Basketball?

When a ball defender forces the ball handler into the corner and prevents the ball from being reversed, they are said to have caused box pressure.

Now that the attacking player’s choices are restricted, the only play they can do is a baseline drive. For this reason, individual players should make sure they are well-prepared to defend against drives from the baseline.

One of the following options is available for the defenders to use while defending with their legs.

It is essential to make sure that the hands are above the shoulders in order to challenge or dissuade the choice to pass or shoot when using any of the three approaches described above.

Off-ball defenders have many options available to them when the player handling the ball is trying to advance the ball toward the baseline.

Taking pleasure in a sport and the lingo used in it may make all the difference between taking pleasure in it and having no interest in it at all. Understanding eliminates the possibility of a situation in which a person is unable to learn and play the game, or in which a fan does not have any clue what the commentator is talking about.

Because of this, it is important for fans of basketball to have a basic grasp of the court’s layout. This not only helps them better comprehend the game, but it also keeps them abreast of what everyone else in the room is discussing. After all, you won’t be able to have pleasure in playing a game if you don’t grasp it!