How Do Basketball Players Jump So High? 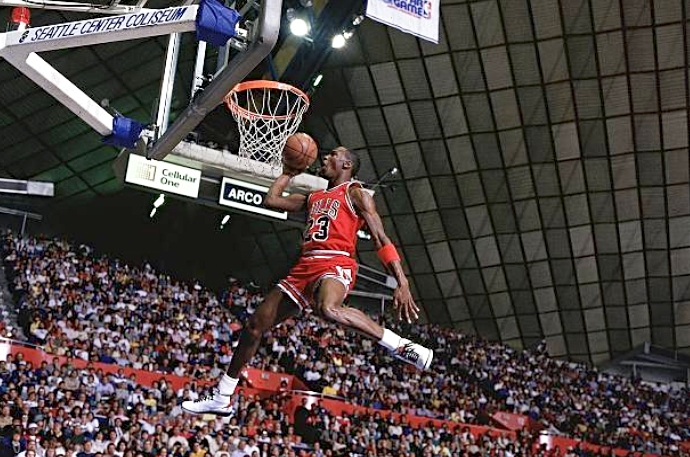 A great number of different sports call for a high degree of agility, strength, and athleticism from its participants. One noteworthy example is the sport of basketball.

In the sport of basketball, players are expected to have a high level of agility, athleticism, and vertical jumping ability in order to easily score points against the competition.

The ability to do extremely high leaps is an essential quality that most basketball players have, and it has always been a sight that brings excitement to those who enjoy the game of basketball.

As a direct consequence of this, a significant number of people who like basketball have been left wondering how players can leap so high. In light of this, let’s investigate the means by which they do this, as well as the factors that contribute to their extraordinary capacity.

How Do Basketball Players Jump So High?

Jumping tactics used by basketball players have been improved significantly over the years and have been shown to result in greater vertical leaps. However, this strategy is only effective when built upon a solid foundation.

A good method for leaping requires the athlete to generate and exert a significant amount of force on the ground, which, in turn, pushes them upwards in defiance of gravity to the greatest extent feasible.

However, in order to create this force, basketball players must first increase the bulk of their lower bodies, notably that of their lower extremities.

The strength in the muscles of a basketball player’s lower limbs is developed by consistent practise, training, and other activities that take place in a gym. It is necessary for a player to have powerful lower limbs in order to produce enough strength to push themselves off the ground and fight against gravity.

What Muscles Are Used to Jump So High?

It is necessary to examine the mass of the lower-body muscles that are responsible for the act of leaping in a typical human person in order to get an understanding of the factors that contribute to the extraordinary vertical leaps shown by professional basketball players.

The gluteus muscle, hamstring muscles, quadriceps muscles, and calf muscles are the groups of muscles that are involved for vertical leaps. Training these muscles is essential for improving an athlete’s ability to leap higher and for longer distances.

When leaping, it is essential to extend one’s hips in order to generate force. The muscle known as the gluteus maximus is one of the two primary muscles that are accountable for this procedure (the main muscle of your butt).

When evaluating a player’s athletic potential in basketball, athletic performance coaches look at a number of physical characteristics, including the size of the butt. There is a strong correlation between having large glutes and having greater leg strength and power.

The hamstring muscle also contributes to hip extension. During jumping, it produces hip extension in concert with the gluteus muscle, which is essential for sufficient power production.

It consists of four muscles that are mainly responsible for knee extension. Jumping is made possible by the quadriceps working in tandem with the gluteus maximus and the hamstrings.

The gastrocnemius and soleus are the two muscles that come together to form the calf muscle.

Even though they are not the most significant set of muscles involved for leaping, they are nonetheless an essential component of the process. At the very least, they are accountable for the creation of twenty percent of the necessary electricity for the jumping process. They contribute to the expansion of the ankle joint as well as the joint’s stability.

Let’s examine some of the best vertical jumpers in NBA history.

The legendary Michael Jordan, who began it all and is generally acknowledged to be the greatest basketball player of all time, gets things going. Because of the extraordinary leap height of 48 inches that the football player has consistently shown during his career, he has earned the moniker “His Airness.”

As a basketball player, Darrell Griffith achieved one of the most impressive feats of his career by equaling Michael Jordan’s 48-inch jump height record. Griffith achieved his feat while playing for the Utah Jazz in the National Basketball Association.

Jason made one of the biggest slam dunks in NBA history during the all-star weekend with a leap of 46.5″.

James is widely regarded as one of the most accomplished players in the history of the National Basketball Association (NBA), and he has been compared to Michael Jordan. James is the only player in the NBA to have been selected for all 17 games of the NBA All-Star Game.

He also holds the record for most straight first-team selections with 11 in a row and boasts a vertical leap of 44 inches.

How to Jump High in Basketball?

If you increase any of these aspects of your body weight, you will see a natural improvement in your vertical leap height.

This basic concept is used by basketball players all around the globe to improve their ability to properly push themselves into the air and score points for their teams.

In order to increase your power (both your force and your velocity), you need to practise workouts that are specifically designed to train the muscles of your body that are responsible for creating the power necessary to make high leaps on a regular basis. You may find a list of these exercises further on in this page.

● Work and improve on your technique

Because basketball is a sport that relies heavily on skill, a player of Draymond Green’s height and weight can compete successfully against much larger opponents in the paint.

Refining one’s technique is required for all of this, and concentrating on how to improve one’s leaping in basketball may be addressed in a similar manner.

To produce more upward force with your leap, you should also learn to bend your knees, maintain your balance, and swing your arms before you jump.

In order to improve the power of your lower extremities and ultimately jump higher, you need to perform specific exercises. They include:

Squatting is one of the primary workouts you should focus on if you want to improve your vertical leap. You used every muscle in your body while also working on improving your core strength.

We strongly suggest that you practise air squats and concentrate on maintaining perfect technique before moving on to barbell back squats. This will safeguard you from injuries that may have been brought on by insufficient depth or improper weight distribution.

The popularity of deadlifts has steadily increased throughout the years. Despite their image as a competitive lift, deadlifts have been shown to be an excellent exercise for developing glutes, hamstrings, and hip muscles. This is the case even though deadlifts are often performed to increase strength.

Before attempting any of these exercises, we recommend that you concentrate on being as light as possible, just like you did with the squats. As a consequence of the poor form, there is an increased risk of developing long-term problems in the lower back.

Not just by pushing or bursting in a vertical or horizontal plane, but also from a number of other angles and postures, the lower body may create force.

You may increase the amount of power you create with the forward lunge by using your hamstrings and glutes to pull yourself backward.

A fantastic strategy for building strength in these muscles is to work with dumbbells so that you can add weight to your hands. It is impossible to stress how important it is to have proper form.

What Tools Can You Use to Train?

Resistance bands can be utilised in the same manner as they can be used to boost speed training, which means that they can also be used to improve vertical leaping. These resistance bands are held in place with an ankle strap as well as a specialised belt.

They are helpful in working out and strengthening the muscles in your lower extremities, which, in turn, helps boost the amount of force that can be produced in these muscles for a successful high jump.

After the bands have been locked out, you begin to rise in a vertical direction by pushing off the ground and beginning your ascent. Adjusting the resistance of the bands so that they match your size and strength will allow you to get the most out of them.

These bands are quite affordable in contrast to jump soles, and they have the potential to be a fantastic instrument for building your jumping basis.

These resistance bands, which are connected around your thighs, make it simpler for you to engage in leg drive. When you run or do a stationary leg workout with these bands, you will help build your glutes, hamstrings, and thigh muscles.

This will, in turn, help boost the amount of force that can be produced in these muscles for an efficient high jump.

After connecting the resistance line and securing each piece with the adjustable straps, you can immediately start your workout. These bands are very easy to work with and provide a fantastic complement to strength training, as well as the hip and ankle bands that were discussed before.

In order to have a high vertical leap in basketball, you need to have the ability to create enough power to drive oneself upwards against the force of gravity. This is achieved by doing regular workouts and making changes to one’s technique in order to develop the muscles in the lower extremities that are responsible for leaping.